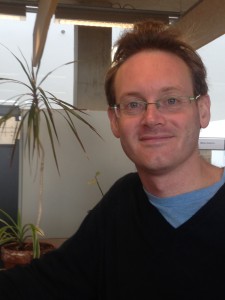 Scott is a PhD student in Resource Management and Environmental Studies working under the supervision of Dr. Leila Harris. Before UBC, Scott completed a Bachelors of Arts in Environmental Studies, Philosophy, and American Studies at the University of Kansas and a Juris Doctorate from the University of Iowa. Scott’s research and writing focuses how contending notions of scale and regulation affect water policy (within the water-energy-food nexus). His work considers the relationship between the natural environment, human development, and law. He has also worked as a development agent for the United States Peace Corps in Morocco, in the Cairo office of the Near East Foundation, as a private practice lawyer in New Orleans, and at the International Water Resources Association in Montpellier France.

At UBC Scott is a member of the EDGES research collaborative and the Program on Water Governance. Scott’s research will be involved with Experience of Shifting Water Governance: Comparative Study of Water Access, Narrative and Citizenship in Accra, Ghana and Cape Town, South Africa. This collaborative comparative research project is funded by the Social Sciences and Humanities Research Council of Canada and will focus on differing relationship between citizens in under served areas in Ghana and South Africa, their provision of water, and how they access and interact with the state to mediate this relationship.