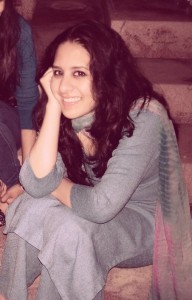 Fatima did her Master’s degree with Dr Leila Harris at the Institute for Gender, Race, Sexuality and Social Justice. Her research examines issues of gender and representation within certification standards applied to cocoa bean production. More specifically, she is using feminist critical discourse analysis to look into Fair Trade and similar certification codes and their effects on the populations they apply to. Her final paper was titled, “Fair Trade and it’s Dichotomies of Woman” and it examines the framing of female farmers and workers within the Fair Trade discourse. She is now completing a Master’s of Management, at the Sauder School of Business with a focus on the chocolate and confectionery industry.

She was awarded a Graduate Student Initiative Scholarship and the Charlotte-Douglas Award for this research.

Fatima holds a Bachelor of Arts (Hons.) in Social Science from the Lahore University of Management Sciences, Pakistan (2011), for which she conducted research on rural communities’ vulnerabilities and resilience following floods and other disasters in Punjab, Pakistan.